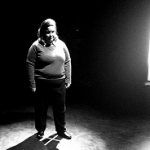 May Jasper is a writer, performer and producer, with a Bachelor of Creative Arts from Melbourne University and a Master of Art (Arts Management) from RMIT University. She founded SNAFU Theatre with Sam Wilson in 2002, and was the producer for eight of their previous productions. May has written five plays, three of which were produced by SNAFU (Love, Coincidence (2002), Death’s Variety Hour (2005) and Month of Sundays (2007)). Her other two plays, Speaking and not a very good story have both had seasons at La Mama Theatre, Speaking in September 2009 and not a very good story in January 2013. May has also co-written three other plays with Sam Wilson, The Dead Air (2009), Murder at Warrabah House (2011) and Ten Months in a Cold Town (2013). May is also a performer, and her critically acclaimed show May & Alia do Pirates! (of Penzance) has had three Melbourne seasons (Revolt, The Butterfly Club and La Mama Courthouse) and has toured internationally in the US and Canada. She has just released her first podcast series, Random Article. 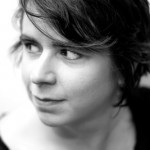 Sam Wilson founded SNAFU Theatre with May Jasper in 2002 at Melbourne University. The Dead Air (2009) was the fifth production Sam directed for SNAFU, and the first that she co-wrote. Other productions directed by Sam include Love, Coincidence (2002), Death’s Variety Hour (2005) and Month of Sundays (2007). The Beginning of the End (2008) was the first play where extensive improvisation was used in the development of a complete show. This technique was also used in Saturday Afternoon Soap Opera (2009), and Ten Months in a Cold Town (2013). She directed and co-wrote the critically acclaimed Murder at Warrabah House (2011/2012/2013), which has been restaged three times, from the Edinburgh Fringe to Warburton, and was published as part of the Playlab Indie series in 2015. She also directed the first stage of Don’t Sweat!, written by Fia Walker and Graham Pitts, a piece of immersive theatre currently being developed by Footscray Arts for staging in 2017. She acted as dramaturg for various projects, has written for Arts Hub and Beat magazine, and her poems have been published in fourWtwenty and the University of Newcastle’s Mascara Literary Review. She won New York Public Radio program Studio 360’s Short short story competition with The Fourth Dog, and was runner up in Right Now‘s human rights short story competition in 2014. Short Story Ideas About Violence, After Doris Lessing appeared in the Australian Human Rights Commission Award short-listed anthology, Poetic Justice. 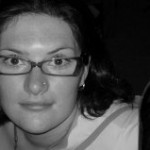 Vikki has worked as a performer, director, producer, teacher,community arts practitioner and arts manager in Australia and across the UK. She is especially passionate about community cultural development and is currently undertaking a Masters in CCD at the Victorian College of the Arts. Over the past six years she has worked with a number of leading arts organisations, including StripFest (Aus), The Song Room (Aus), SNAFU Theatre (Aus), Melbourne Fringe Festival (Aus), Dundee Rep Theatre (UK), National Theatre of Scotland (UK), Promote YT (UK), North Edinburgh Arts (UK) and Edinburgh Festival Theatre (UK). As a performer, Vikki debuted her first solo cabaret show The Witness Protection Program Social Club at Melbourne’s Butterfly Club in 2008 and was a guest artist on trad jazz outfit Little Tabasco’s 2008 release “Please Be Kind”. Vikki is currently based in Melbourne and is working on a number of exciting community and arts-based projects. 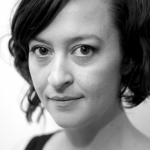 Samantha is a teacher/ writer/ producer and actor. She studied Creative Arts at the University of Melbourne/ VCA and professional screenwriting at RMIT. She also has a Masters of Teaching (Primary) from the University of Melbourne. Samantha received actor training from NIDA, Drama with a Difference and The Actors Space, and has worked with several theatre companies, including SNAFU and Tipsy Teacup. As a playwright, she has had scripts produced by St. Martins Theatre of Youth, ATYP (Sydney), Short & Sweet (Melbourne and Sydney), Snatches Theatre Festival, Rumble Theatre and the Waterdale Originals. In 2009, Samantha was selected to be part of the emerging writers company for St. Martins, and part of the Fresh Ink program with ATYP. That same year, her play Little Moth and the Broken Giants was selected as one of four plays to be workshopped at Playwriting Australia’s national conference. She has also been a delegate at World Interplay Playwriting Festival, and Interplay Online. In 2011 she designed and taught an eight week playbuilding project for 8-12 year olds, culminating in their own improvised theatre performances. She is currently working with 5-9 year olds on an improvised performance based on ‘Alice in Wonderland’.

James made his start training and performing with the Victorian Youth Theatre for five years. In 2011, he graduated from the Victorian College of the Arts Foundation Acting course. He has spent the following years regularly performing in Melbourne, being part of shows for the Victorian Writers Festival, Melbourne Fringe Festival and for several plays in Short and Sweet. In 2013 he performed in SNAFU Theatre’s devised show Ten Months in a Cold Town, Four Letter Word Theatre’s Chiasmus, and Gold Carrot Theatre’s production of The Importance of Being Ernest. Later this year, James will be playing Silvius in Spark Theatre’s adaptation of As You Like It. 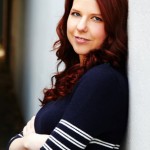 Cazz began pursuing acting while studying a Bachelor of Arts at La Trobe University. She was a member of the 2008 St Martin’s Performer’s Ensemble before heading to the Big Apple in 2009 to train in the Meisner Technique at New York’s Ward Studio. She joined their graduate international acting company in 2011 and performed in two productions, I Wish You a Boat and Almost Home. Since returning from the US, Cazz has played the forever roaming Alice in Justine McArther’s short film, You Are Not Alice. She was delighted to be a part of Davina Wright’s original work, The Jar Collector in the 2012 Melbourne Fringe Festival, which tours to Brisbane this May as part of the Anywhere Theatre Festival. Earlier this year Cazz’ perfected her Tennessee accent to play Lorna in By The Scruff Theatre Company’s production of Act a Lady at the La Mama Courthouse. Coming up next for Cazz is Wordman Films’ feature film, Get Rich, Die Poor, her fourth pregnancy role in 18 months. She thinks it’s possible she has found her typecast or she may just be really theatrically fertile right now. Cazz is also been announced as one of the six main cast members for highly anticipated series Mind the Gap, playing the upright but loveable Sasha. Cazz has been delighted to guest star in SNAFU’s Ten Months in a Cold Town, fulfilling a long-time dream of hers to speak as the Russians do.

Cail Young is a theatrical sound and lighting designer with a broad and eclectic body of work – from musical theatre (Footloose, Into The Woods) to experimental physical theatre (Absolute Necessity, 2006; The Simple Life, 2007) to comedy revues (Deakin University 2005-2008). He has been the lighting designer for many of SNAFU’s previous productions (Month of Sundays, 2007; The Beginning Of The End, 2008; The Dead Air, 2009; Murder at Warrabah House, 2011-13 touring, Ten Months In A Cold Town, 2013) as well as Family Of Strangers’ Chekhov Triptych (2013) and May Jasper’s Not A Very Good Story (2013).

For the past 10 years Hannah Cuthbertson has worked in the costume industry, gaining a vast range of experience in different forms of design and styling for performance including theatre, dance, film, circus, opera and television. Hannah currently enjoys responsibility as Procurement Manager for the legendary Rose Chong Costumiers, which keeps her abreast of current themes and trends in Australian theatre and art.

Adele has worked with SNAFU Theatre on three productions, The Beginning of the End (2008), The Dead Air (2009), and Ten Months in a Cold Town (2013), creating soundscapes and composing and performing incidental music. She earned a Green Room Award nomination for best sound design in the critically acclaimed one woman show not a very good story (2013). Adele studied music composition at Monash University, receiving the Ernst Morawetz prize for her third year studies.